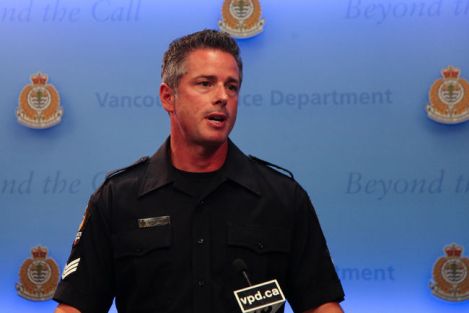 The “Nephew bandit,” who police say conned money and valuables out of gullible seniors by pretending to be a distant relative, will remain in custody.

The Vancouver Police Department called for Richard Earl Rupert to be detained longer Thursday as the America’s Most Wanted suspect had spent more than five years eluding police and “attempting to escape justice.”

The alleged fraudster was arrested Wednesday afternoon after a Vancouver hospital worker tipped police that the 57-year-old had spent nearly two months in their care under the name of Jerry Whitehead.

“It was his rather lengthy stay in the hospital that led to a staff member identifying him from that mug shot,” spokesman Sgt. Randy Fincham said. “Our investigators are currently speaking to that staff member to determine exactly what it was that led to this person being identified, and what circumstances led to her viewing this mug shot photograph.”

Police wouldn’t reveal which hospital he was in since “late June” or the details of his medical condition. Rupert had amassed 18 separate warrants for his arrest across B.C., Alberta and Ontario – mostly for fraud and several for theft, personation, and break and enter.

Police allege his lengthy cons involved gaining his elderly victims’ trust, then borrowing cash promising to repay the debt. He kept one step ahead of the law by moving onto his next victim, and avoided credit cards and cell phones.

“He managed to change his name, change his identity, and move from city to city and province to province within Canada to avoid being captured by the police,” Fincham said. “There’s a number of victims across Canada that are sleeping easier knowing that this person’s now in custody.”