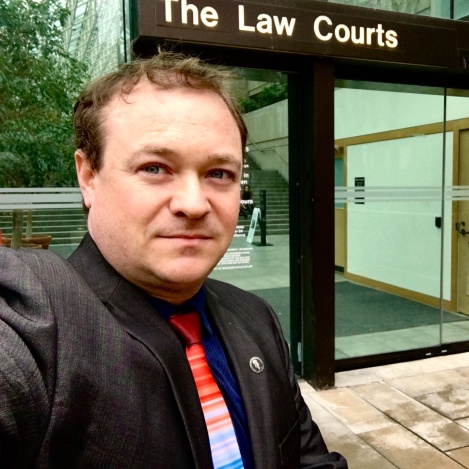 Portfolio: Published in at least 100 Canadian and international publications, with a combined circulation of millions of readers, my award-winning work has appeared in The Globe and Mail, The Guardian, The Toronto Star, National Post, La Presse, VICE, The Times of India, the Bangkok Post, The Daily Mail, 24 Hours, The Georgia Straight, Sun News Network, The Tyee, Huffington Post, The Vancouver Observer, THIS Magazine and others.

Anthologies: I have also contributed chapters to several published anthologies, including Extract: The Pipeline Wars (VO, 2012), Split Ticket: Independent Faith in a Time of Partisan Politics (Chalice Press, 2010), Mosaik: A Gender Perspective, and Writing From the Red Zone: Voices of the Anti-Globalization Movement (Del Suego Press, 2001).

Current employment: Currently, I am a staff reporter with the Tyee Solutions Society, and a frequent contributor to The Tyee, Windspeaker, THIS Magazine , Xtra! and Indian Country Today Media Network.

Based in Vancouver, I am a member of the Canadian Association of Journalists , Canadian Freelance Union (CEP 2040) and Canadian Journalists for Free Expression.