Justice Bruce Cohen delivered his much-anticipated report on the collapse of the Fraser River sockeye fishery on Oct. 31, to muted applause from First Nations and environmentalists.

And though the province’s Conservatives immediately blasted him as “a timid man” and his inquiry an “abject failure,” the former B.C. Supreme Court judge minced no words.

Key among Cohen’s findings were that the Department of Fisheries and Oceans (DFO) has failed to protect wild salmon because of “divided loyalties” in promoting the aquaculture industry, that climate change poses a “grave” threat to salmon, and that the precautionary principle must be applied to limit fish farm expansion–and most importantly, that if any future scientific evidence deems the industry poses anything more than a “minimal risk,” it should be shut down.

“When DFO has simultaneous mandates to conserve wild stocks and promote the salmon farming industry,” Cohen told reporters, “there are circumstances in which it can find itself in a conflict of interest because of divided loyalties. 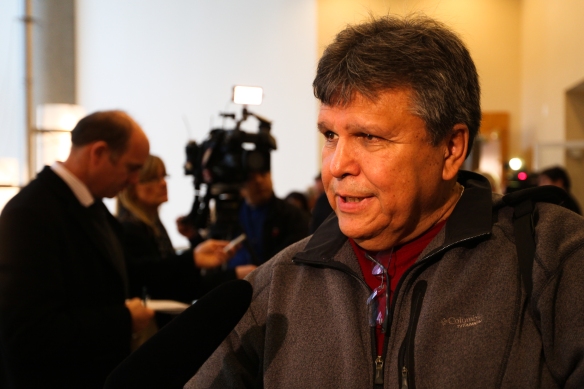