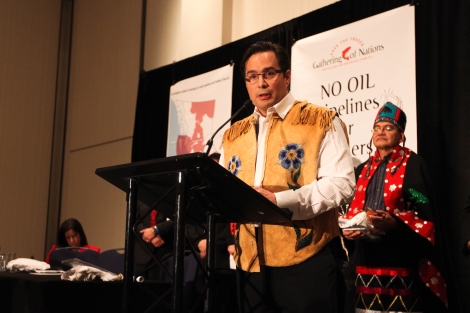 Keith Henry, President of the BC Métis Federation. Photo by David P. Ball

Could the battle against Enbridge’s Northern Gateway pipeline have a parallel in the NorthWest Rebellion, the 1885 uprising of Métis and First Nations which led to Canada’s infamous hanging of Louis Riel and others?

“That’s the only time that we’ve ever known the First Nations and Métis to get together,” said Lyle Campbell-Letendre, president of the Kelly Lake Métis Settlement Society, B.C.’s only historic Métis settlement. “This is huge; over 100 years later, that we’re fighting for nearly the same thing, for recognition and to save the future of our land.

“This pipeline starts right at our trapline. I’ve been fighting this thing and trying to protect our land since it started five years ago. It’s going to come through our traditional area, through some of the most pristine land in this province.”

On Dec. 13, the BC Métis Federation (BCMF), a membership-based organization, signed the Save the Fraser Declaration, a more than 130-nation coalition which vows to block pipelines from Alberta’s oil sands. 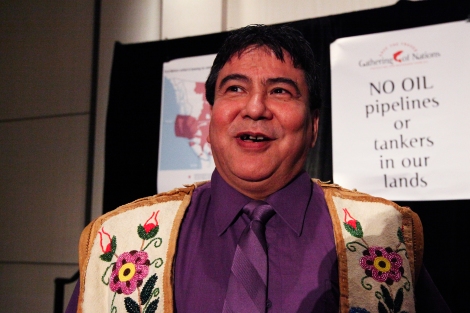