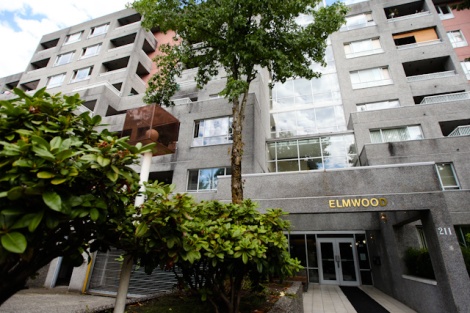 A string of unexplained sex worker deaths in the same New Westminster, B.C. apartment building continues to shake the region’s sex worker community, amidst outrage that drug toxicology reports for the women are still unavailable a full month after the first death.

The deaths of Jill Lyons, 45, and Karen Nabors, 48, come only a year after another escort was murdered in her home only six blocks away. Now, as the quaint, Gold Rush-era town (pop. 65,976) grapples with the mysterious deaths, sex workers are demanding answers to why police waited two weeks to warn them.

“These women ran acts next to me for years,” says Susan Davis, coordinator of the B.C. Coalition of Experiential Communities. “This really rocked us, especially those of us in that age demographic, working indoors.

“There’s been a lot of emotional response to it. Many indoor workers don’t associate ourselves with violence against women on the streets; we feel immune, because it doesn’t happen to us often. But this rocks the cradle. People are feeling more vulnerable.”

In the absence of information from authorities, some are now speculating that deadly drugs or even a serial killer may be to blame.

The suspicious deaths, only one storey apart in the historic, one-time provincial capital’s Elmwood Apartments last month, has brought back memories of murderer Robert Pickton whose notorious pig farm was less than half-an-hour away.

Davis, an outspoken sex worker of 27 years, bristles when asked about the Integrated Homicide Investigation Team (IHIT)’s Aug. 28 warning: “We continue to ask those engaging in a high risk lifestyle to remain vigilant.”

“It’s victim-blaming, and puts the onus on the victims to protect themselves from their assailants, rather than openly saying, ‘We’re sorry this situation has arisen, but it is necessary to warn people that someone’s preying on a demographic,’” she says. Imagine such a warning, she muses, if several cops or nurses died in the same building.

Advocates are blaming the police for once again, as with the Pickton murders, withholding essential safety information from an already marginalized population.

“Why did the police not let us—frontline workers or women in the sex trade—know about the first suspicious death?” asks sex trade outreach worker Lauren Gill, outside the angular grey Elmwood Apartments where both women died. “A memo would have been disseminated within a night. The women in this building could have known.”

For the New Westminster resident, the delay releasing toxicology results is in stark contrast with the unusually swift reaction to the Vancouver overdose death of Glee star Cory Monteith on July 13. It took only two days for his autopsy, three for toxicology results, and four for two area police forces to issue bad heroin warnings.

Gill chalks such delays up to a lack of public pressure.

“People living in the margins are viewed as less-than,” Gill says. “That’s what it comes down to. They’re invisible, they’re stigmatized, they’re judged. People are living in silence, working indoors in secrecy, and people are getting hurt… We have to have a society overhaul to eliminate stigma and judgment.”

Despite inconclusive autopsies for both women, the province’s Integrated Homicide Investigation Team (IHIT) is examining the deaths, and insists it delayed warning anyone because it had deemed the first death a suicide, despite no apparent cause. On Wednesday, one month after Lyons’ death, an IHIT spokeswoman told me they still had “no update” on the case.

But Lyons and Nabors are not the only recent sex worker deaths in a small city known for its heritage charm, the world’s tallest Tin Soldier, and seedy underbelly.

Gill remembers the murder of a childhood friend last year. Only six blocks from the Elmwood,January Marie Lapuz was stabbed to death in her home on Sept. 29, 2012. The 26-year-old sex worker was the first transgender executive member of Sher Vancouver, a South Asian queer support group. Police arrested a man for murder last December.

“It was heart-breaking,” Gill recalls. “I grew up with her. We went to a gay youth drop-in together when I was 13 or 14. I had seen her at a Safeway probably a month-and-a-half before she passed away—she said she was clean and sober, and had just moved out to New West and was doing really well.”

Most sex workers have horror stories. Davis recalls one client who threatened her with a medieval warhammer. She used a jiujitsu leg-hold and choked the man to the ground until her driver could batter down the door.

However, statistics suggest working indoors is still far safer than on the streets. Simon Fraser University criminologist John Lowman says street workers are up to 950 times more likely to be murdered than those indoors. Since 1980, nearly 150 street sex workers have been murdered in the province—but only two escorts, one at home.

In Canada, it’s legal to buy or sell sex, but illegal to hire drivers or bodyguards, to work with others in the same place, or even communicate for business. The law, Lowman says, is a problem—not a solution—because it forces workers into isolation, underground.

A historic 2010 Supreme Court ruling pitted self-described feminists against each other—some pushing for legalization or decriminalization, others calling for Scandinavia’s approach, where selling sex is legal, but buying it is not.

“We talk about violence against prostituted women—that they’re being murdered—as if it just happens all on its own,” says Trisha Baptie, founder of Formerly Exploited Voices now Educating (EVE). “But really, there’s a perpetrator who’s doing that violence.”

A former sex worker of 15 years, Baptie rejects the notion that legalizing what she calls the “commodification of women’s bodies” would reduce stigma. “That’s like legalizing domestic violence,” she says, “and saying it’ll be safer and less stigmatizing for women.”

I spoke with four indoor and outdoor sex workers, and all agreed they’ve been forced to rely on each other in the face of little action from authorities.

But sex workers also aren’t waiting for police protection: They’ve formed dozens of collectives and advocacy groups; many check in with each other before and after dates and share “bad date” lists in online forums; some even demand new clients provide other women as references.

Despite revulsion at Pickton’s crimes, a litany of new reports, inquiries and policies haven’t much shifted what some see as society’s indifference.

“People are pretty apathetic as soon as they hear the victim’s a prostitute,” Baptie laments. “Automatically, the priority level goes to the bottom of the barrel. Even post-Pickton, after people stated they want to do everything they can for prostituted women, they’re still not doing anything.”

In the face of the growing roster of deaths—like Lapuz, Lyons and Nabors—banding together for mutual support and activism is important for those who wish those in the sex trade could expect the same protection as any other profession.

“It’s hard enough that we’re struggling down here,” says DJ Joe, with Sex Workers United Against Violence. “We go through too much, already, out here working.

“It’s hard to be a part of this community – to try to protect this community, and protect the girls. They should be protecting the women a lot better than what they do.”