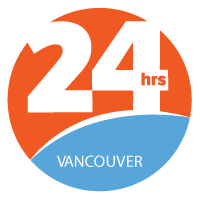 Organizations pushing for answers in the hanging death of a Mexican in Canada Border Services Agency custody say a Sept. 29 inquest is an important first step.

The BC Civil Liberties Association said the BC Coroners Service inquest into the Dec. 28 death of Lucia Vega Jimenez may not answer all its questions.

“An inquest will be an important start,” BCCLA executive director Josh Paterson said. “But it’s not going to end this for us.”

One hope for the inquest is to address concerns over CBSA contracting out airport detention services to privately owned Genesis Security, Paterson said. 24 hours has learned that CBSA has an “internal review underway and contractor services is one element of that review.” An agency spokeswoman said it “welcomes the opportunity to provide information and clarity” on detention procedures.

“I expect that the coroners inquest is going to want to look into that very closely,” Paterson said.

Vega Jimenez, 42, was awaiting deportation to Mexico after being arrested for unpaid transit fare in early December. She had been held for several weeks in provincial jail, but had been rejected as a refugee claimant several years earlier.

Coroner Margaret Janzen will preside over the inquest, in which a jury can make recommendations but not assign blame.

“The idea is to try to paint an accurate, clear picture of what went on and led up to the unfortunate incident that led to this person’s death,” said coroners service spokeswoman Barb McLintock.

She added the chief coroner decided “there was obviously a public interest” in finding details of what happened.

Harsha Walia of the group No One Is Illegal said questions remain over how CBSA handled the death, as well as unproven allegations that her family signed a confidentiality agreement, a claim CBSA has denied.

“Why was (the death) kept secret so long?” she asked. “CBSA is shrouded in secrecy and has absolutely no accountability … Hopefully this leads to a public conversation.”

CBSA and the customs officer union did not return interview requests by press time.