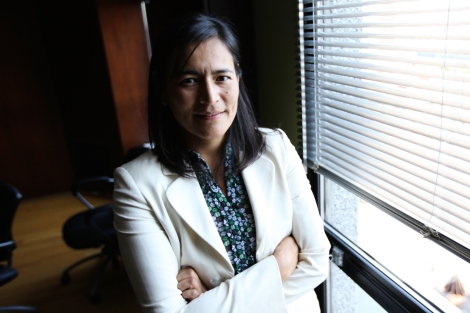 Michele Audette’s journey in the Indigenous women’s movement began right from her birth, she insists, when her mother married a non-Native man and immediately lost her status under now-repealed sections of Canada’s Indian Act.

“She was kicked out from her community,” Audette recalls. “So we had to live outside our community.”

One day, as a child, she went to request funding from the Band Office.

“‘Ha ha!’” she recalls a freckled and fair-skinned boy taunting her. “‘I’ll get funding for the school!’”

The boy’s mother chimed in with an accusation that has haunted Audette ever since, and changed the course of her life.

The mother’s accusation turned out to be true. Despite speaking her Innu language, going hunting and fishing with her family, and her brown skin, she was no longer legally an Indian. The law’s clear discrimination against Native women sparked a women’s movement that fought successfully to repeal portions of the Indian Act.

“I realized that the Indian Act was discriminating against women,” she said, describing the heady early successes of Indigenous women’s activism.

Sitting in an Ottawa boardroom as the newly-elected president of the Native Women’s Association of Canada (NWAC)–a three-year position that began Aug. 28–the 41-year-old activist says she’s equally confident in high-level government meetings as she is surviving in the bush with few amenities.